This week we talked about how student’s education are affected by the budget cuts. We also learned about the influences of standardized test on budget cuts. I believe that those test are unreliable. I also believe that standardized testings kill student’s motivation and is making students not take their education seriously. For example, the keystone is a test that a lot of people struggle because ]teachers teach things in one day and move to the next topic very quickly and students just don’t understand what the teachers are teaching. For the budget cuts it is closing down schools because the schools are not meeting their requirements in order to stay open. I learned that this is affected by the number of students that are enrolled in a particular school has a direct affect on the amount of money that they recieve.

This week was very interesting, I finally got a teacher’s perspective on how teachers felt on the education system and how unfair it was to the students of Philadelphia. I also learned about the education crisis in Washington DC. The School that the video focused on is the DC Metropolitan High school (Mets), and the struggles to keep their school open and their kids off the street. I also learned that the teachers struggles to keep their jobs all because of budget cuts. In addition to this, I also learned how the SRC lost sight of its original goal. I also believe that the SRC of students in Philly worth, and how competition does not determine who we the people are. Anissa and Tom made we realize that we are fighting the wrong people (teachers) in this battle of student getting the right education they deserve that we need to speak to the higher chairs of the school board of education. Also, it made me realize that I can’t expect a change in a day. That even if I am not an excellent outcome of the struggles to get better knowledge but at least the future generation would never know the struggle that education can become in life.

On Thursday July 17th, we interviewed two teachers from T.A.G. (Teachers Action Group.) Those two teachers were Anissa Weinraub, an animated character with loud, carefully detailed tattoos with a loud, carefully detailed opinion to match and Tom Quinn, a teacher from Central High School equipped with unlimited knowledge of the School District and the current budget cut situation. I actually know Ms. Weinraub from my own high school, William W. Bodine High School for International Affairs. She was a very popular teacher at Bodine but unfortunately, the Bodine community will no longer have the privilege to have such a valuable teacher due to budget cuts. Bodine High School has suffered a lot from budget cuts, even though its scores can compare and compete with Central’s or Northeast’s. Just last year in 2013, Bodine High School was proven to perform better than 98.1% of the schools in Pennsylvania (According to Schooldigger.com). In my personal opinion, this succession of Bodine is due to the teachers and their hard work. Although, with so many teachers like Ms. Weinraub and the others before her being cut, who knows what will happen to Bodine’s performance levels. I honestly do not understand why students in Philadelphia should be generalized as all bad kids. Bodine High School is composed of a majority of minority students and still can easily beat out suburban, overfunded high schools with great big sports complexes and grand cafeterias. Still, we are underfunded and under appreciated. Bodine does not even have air conditioning and our nurse is not in for the majority of the week. Our dedicated vice principal, Ms. Gavula was removed from Bodine and placed in Strawberry Mansion. Her absence showed this past school year of 2013-2014, more students roamed the halls and rules were not taken as seriously. All Philadelphia schools need as much funding as suburban schools.

Visiting North City Congress (NCC) along with my peers was a very informative and exciting experience for me. To be able to host an uninterrupted, casual conversation with my elders about their pasts was intriguing. I was really shocked by the fact that the people I spoke with opened up to me, a complete stranger, about the hardships they encountered in life. Simply by judgment, many of today’s youth believe that the elderly are stubborn and rude, unwilling to waste any more of their time on indulging children and teens’ rambunctious behavior and constant questions. Truthfully, my expectations for our visit to North City Congress were far from kind. I imagined that the conversations would be unbearably awkward (mostly because of my own inability to properly engage in a casual conversation with a stranger without the slightest bit of anxiety) and boring. Despite being told to never embrace stereotypes, I could not bring myself to totally release the lingering thoughts that anyone older than me would immediately state how great my generation has it and how they did not have this or that and still managed to refrain from complaining; all things I have heard before many times.

However, when I arrived at the NCC, the residents there were very welcoming. Once they were informed that our group wanted to interview any willing participants for our upcoming projects, they were all smiles and introductions. Although we were not able to have one-on-one interviews, with a lengthy list of questions in hand, we all gathered around tables and happily organized a quick group session of questions. For approximately three hours, our time quickly flew by as we were drawn decades back into the past by the personal success stories of those around us. For once, I am truly enthusiastic to admit that I was wrong. Not only did the men and women I spoke with offer new insight on the bridge between the past and the present, but they were always very motivational when doing so. After our departure and a quick debrief on the things that each person experienced and encountered during our visit, I realized that there were so many more people that I would have been delighted to learn about. I also realized that our ambitions are not wrongly placed and choosing to pursue making a change in our education systems today was a brilliant idea, though change seems far away. Meeting with the occupants of NCC only aided in furthering my aspiration for the possible growth and improvement of our chosen topic. As William Keitt, a very wise man we were given the pleasure of interviewing, stated, “When you plant a seed, you don’t see the change the same day.”

On the Thursday of July 10th, 2014; my peers and I from the University Community Collaborative visited North City Congress, a beautiful recreational center dedicated to the senior citizens of Philadelphia and their independence. My personal experience at North City Congress was a positive one, the seniors who we had the privilege to interview about education were all articulate and effervescent in their answers and opinions. One senior who undeniably stood out was a man named William Keitt. I mean, this man could be/should be a motivational speaker. I’d definitely give him a talk show. He stressed his passion for education so vividly. There is always one maverick that stands out, that one in a million, and William Keitt is definitely that individual. I can only aspire to acquire the knowledge and wisdom he attains. Even though he was not educated under the Philadelphia School District, he knew the struggles which current high school students go through times ten. William Keitt was educated in the time right after Brown V. Board of Education (1954, 1955) and still noticed the inequalities of African American students in the south. (Keitt was educated in South Carolina) In the interview, Keitt said quote, “Do not let where you live define you as a person.” and “Don’t let anyone label you, especially if it is a negative label.”

William Keitt has successfully motivated all of his four kids through college and currently has three granddaughters in middle school. He believes parents should be there for their children’s education. “Just tell your kids two things: I’m proud of you and I love you.” He also has made the point, “If you tell a child they are not going to amount to anything, they will not.” Keitt’s approach to education has my utmost respect and adulation. 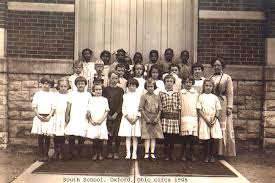 My experience at North City Congress was a great one. The seniors there were really welcoming and didn’t mind us interviewing them for our blog. This one man named William Keitt had an amazing story about how life was for him while he attended high school. His story made me look at how good the youth today have it. Today we actually have classrooms and desk and books to write in. Mr. William told my education group that when he was in school everyone had to go outside and do their math problems in the dirt and let the teacher come check it and move on to the next one. My groups main focus is on education and his insight made me think that our education is just a little better than his was, but today it still isn’t that much different. This is just one example if you would like to know more, go further into our blog to see what we have done for the past six weeks and all the great information that we’ve gained.

My experience at the NCC was interesting. This was my first time visiting the center and I didn’t know what to expect. However,  I loved the stories from the members. Their stories inspired me to do better with my own education. It shows how we have came such a long way in education. I loved and appreciated the fact that they took time out of their day just to talk to us about their school experiences. I can’t wait to go back to hear more stories about how education has changed their lives and mine.

The Struggles of Philly Education
Create a free website or blog at WordPress.com.